How To Ring The Bell At Nyse Ipo 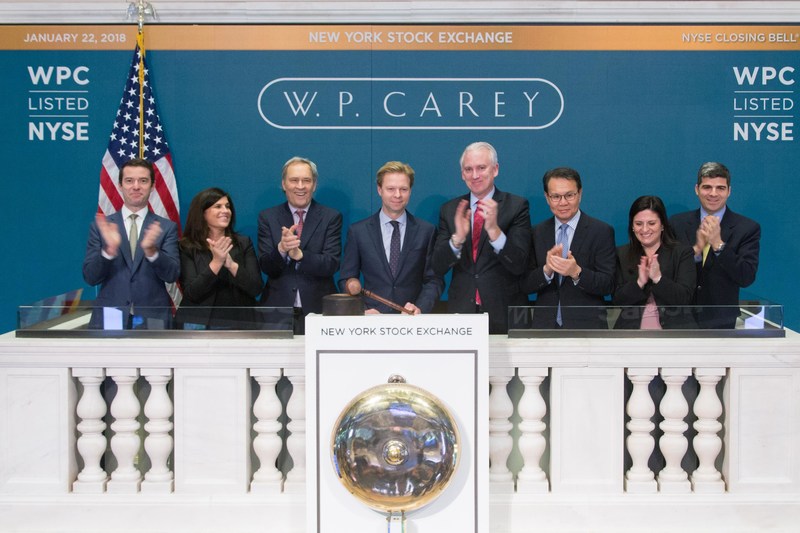 For about three seconds — three very loud seconds — almost all you can hear on the floor of the New York Stock Exchange is the sound of a giant bell ringing.

That brass bell, first rung some 100 years ago, is used to mark the start and close of trading each day at the world's largest exchange. And if you happen to tune into CNBC or any other financial network around 9:30 a.m.

or 4 p.m. New York time, you may see a group of people cheering and clapping along with the bell.

What does it all mean?

Here's what happens behind the scenes of those bell-ringing ceremonies.

Evolution of a daily ritual

The New York Stock Exchange is open five days a week, save nine recognized holidays. That means that twice a day on about 250 days a year, there's a need for someone to press the green button that controls bells in the four areas of the trading floor — and companies, charities, celebrities, and dignitaries typically participate in these events.

In 1995, the exchange saw an opportunity to highlight some of its customers and use the bell-ringing as a publicity event — and in 2017, it moved the bell from the wall to the front of the podium.

Prior to that, managers on the trading floors rang the bells as a matter of business to ensure trades didn't occur outside market hours.

While most of the trades are done via computer these days, there still are dozens of jacket-bedecked traders who buy and sell from the exchange. 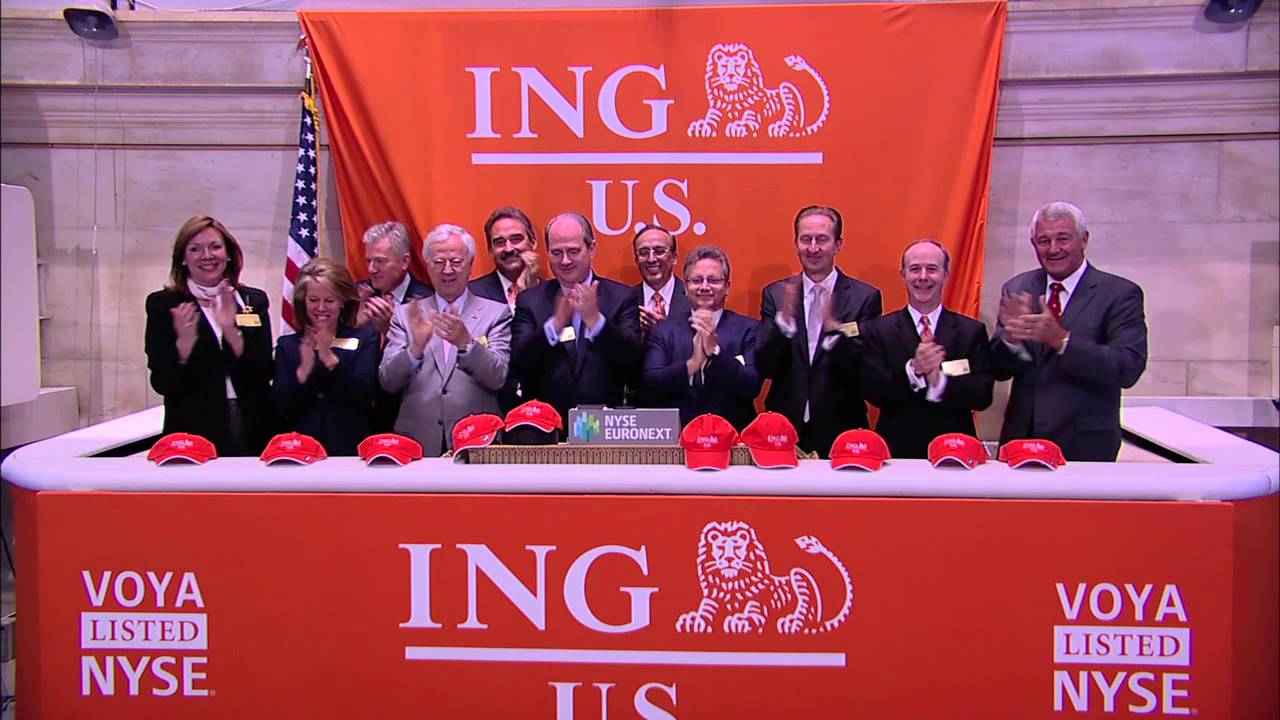 It's not exactly raucous there, but the traders often banter as they monitor what's happening in the stock market any particular day.

What it takes to ring the bell

The calendar of bell ringers is set about a month in advance, and there's been an eclectic mix in recent weeks — including First Lady Melania Trump, and executives from companies like Estée Lauder, Ethan Allen, Salesforce, and J.P. Morgan Asset Management.

Companies submit a bell-ringing request, and selections are largely made based on availability.

The New York Stock Exchange, founded in 1792, has become synonymous with Wall Street, where it's located.

Only those companies with stocks or exchange-traded funds (ETFs) listed on the exchange can ring the bell. There are currently more than 6,000 stocks that are traded on this particular exchange, along with 2,000-plus ETFs.

Charities and other groups apply, or are invited to attend.

In addition to commemorating a special occasion, like a milestone anniversary or new product launch, companies debuting on the exchange for the first time with an initial public offering (IPO) ring the opening bell.

After that, an executive will strike another bell on the trading floor with a gavel to signify the listing is ready for trade.

Uber and Levi Strauss are among the companies that have debuted on the New York Stock Exchange this year.

Ringing the bell: 'It's a very, very neat experience'

In my years as an investing reporter, I've attended a number of bell-ringing ceremonies.

But I watched from the main trading floor, far from the action that happens on the podium above. 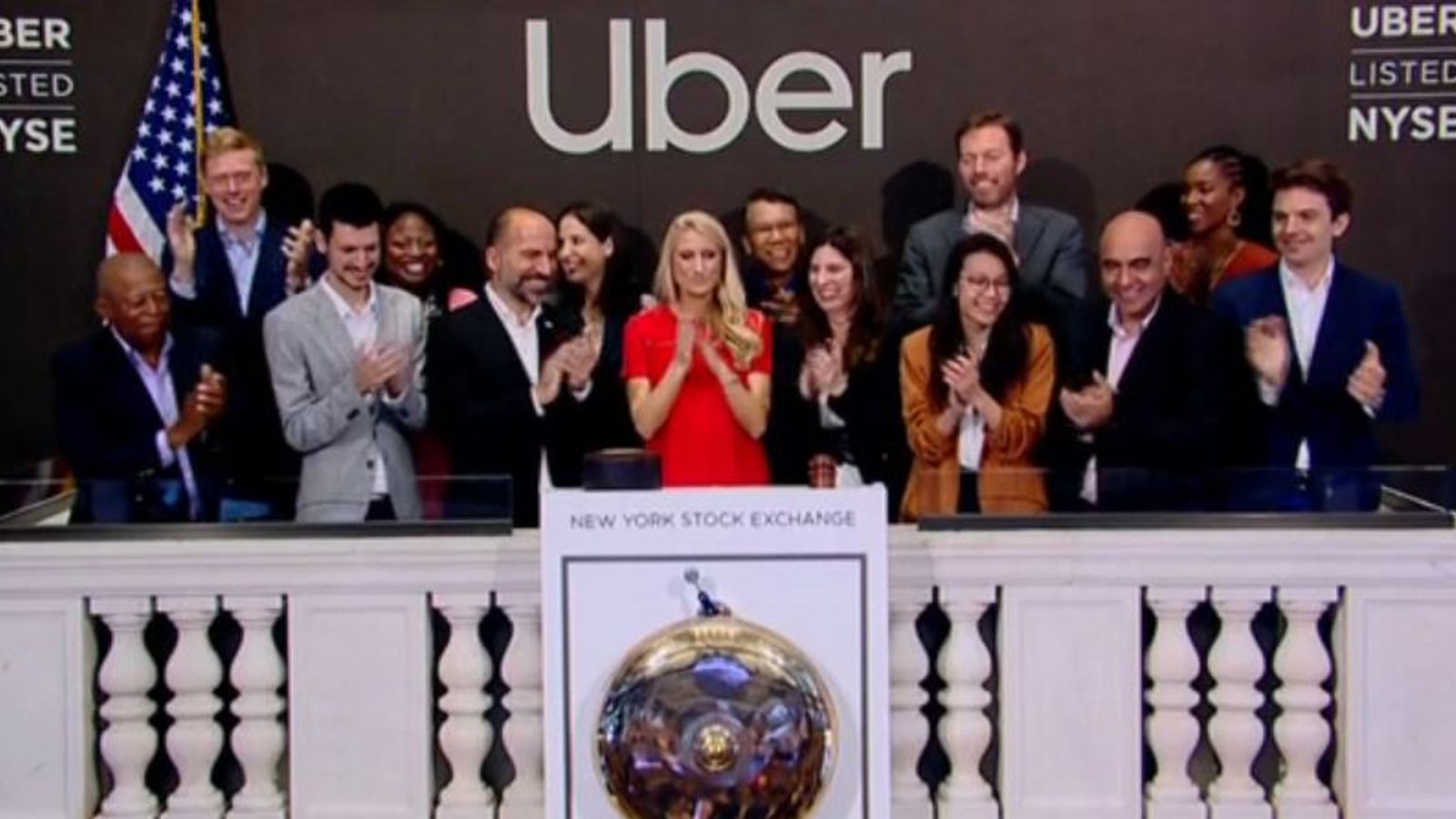 There, about 15 people crowd together to ring the bell during the market open or close.

Brad Conner has been up on that podium twice.

Back in 2014, the vice chairman for consumer banking helped to ring the opening bell when his employer — Citizens Financial Group, a financial institution based in Providence, Rhode Island — launched its IPO.

The second time was in late September when he and his colleagues rang the closing bell to celebrate Citizens' fifth anniversary as a publicly traded company.

"I've been in corporate America and banking for 35 years," Conner says.

"I would have to say that both times [ringing the bell] were really memorable events in my career."

But the ceremony itself can't fully capture the significance of such an event, both for those on hand and the employees watching via live-stream back in the offices, Conner says.

"There's no question it made our colleagues very proud," he says.

"It made them feel like they're part of a company that's really something."

And what's it like to stand up there ringing that 100-year-old bell?

Well, for one, the podium is much smaller than it appears on TV, Conner says. And ringing the bell actually means pressing a button.

Still, overlooking the trading floor, "you can really feel the history" of the exchange, Conner says. "It's a very, very neat experience."

Uber Technologies CEO Dara Khosrowshahi stands outside the New York Stock Exchange ahead of the company's IPO May 10, 2019.
It's a very, very neat experience.
vice chairman for consumer banking, Citizens Financial Group
Executives of Revolve celebrate their IPO at the NYSE June 7, 2019.