How To Build Cryptocurrency Miner 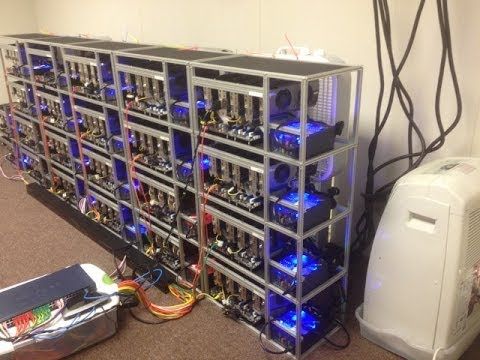 Got Your Eyes set on Cryptocurrency Mining? Here's a Guide on How you can Build Your Own Mining Rig

And of all the areas of the crypto world, mining has, in many ways, become a truly industrialized area. But while this is the case, it doesn't come without its challenges, such as an ever greater concentration of hashing power, equalling an increasing difficulty with diminishing returns.

But while it has its difficulties, it can still come with its profitability, allowing for amateur miners to profit from minting coins, giving them an honest way to earn some digital cash.

If you're curious about how to take the first steps into the world of crypto mining, here's a comprehensive guide on how you can take part in crypto mining by building your own.

First Things First – Is it too Late to get Involved With Crypto Mining?

Some factors have conspired to raise a number of questions regarding getting involved in cryptocurrency mining. One of them is the reduction in the overall market capitalization of digital assets, especially when compared to the all time highs experienced across the previous year.

While there are peaks with every market, it doesn't come as a surprise that 2018 is a year of troughs, but it doesn't make the hits softer, and there are still a number of other factors that can also impact the outcome for any miner – domestic regulations, underlying costs of hardware, electricity rates, including climate (its effect on electricity prices and network connectivity.

These factors, believe it or not, carry a great degree of weight in your performance as a miner, and can vary significantly in different locations, from the jurisdiction of one country to another.

In a period of time when major producers and mining organizations are turning more to specialized, expensive equipment from the likes of Bitmain and Bitfury, now that they're building and selling ASIC chips and rigs for mining bitcoin, there's an ever-increasing demand for increased hashrates, productivity, and efficiency when it comes to electricity.

It's because of this increasing professionalization that the first generation of home / garage-based crypto miners are dying out while more professional mining businesses emerge to take their place in the mining pool.

If we also factor in the diminishing returns and subsequent diminishing interest from General Processing Unit (GPU) manufacturers such as Nvidia, and the fact that miners in Iceland have started exploring new and better opportunities in other sectors: the future doesn't look so bright for the budding amateur mining population.

While this is where many would see some kind of writing on the wall, and call it quits, it's a narrative that's been pervasive but isn't necessarily true.

There are a significant (and growing) number of altcoins, whose developers continue to struggle to maintain ASIC-resistance.

An Idiots Guide To Building An Ethereum Mining Rig

There are still a great number of countries where the costs of mining remain staggeringly low – The likes of Russia, as one example, stand out, simply because there are regions of the Federation where electricity rates run as low as <$0.04 USD per kilowatt.

There are many that balk at the narrative previously mentioned, with many at-home miners being able to support themselves and, sometimes, a family budget without major expectations for major revenues or profitability.

Setting Yourself up With a Home Mining Rig with GPUs

One of the major resources when it comes to all questions associated with cryptocurrencies and blockchain, Decenter has been a highly popular platform, both within Russia, and also for the international community.

As a platform, it has answered many questions from the likes of experts, developers and prospective investors, more recently, the platform's information portal published a guide on building a cryptocurrency mining rig that would encompass the basic steps involved in becoming an amateur miner.

Overall, the site has done a pretty solid job at protecting aspiring miners from any unnecessary costs that can be incurred when jumping into the otherwise dark, depths of the mining pool.

The guide itself centers on a mixture of optimal choices for hardware, while also allowing miners to make a buck or two in savings and effectiveness of their final rig.

For the people at Decenter, they suggest that, as a rig, you pick an aluminum one. The reason being that having a metal alloy provides far more rigidity than wood, in contrast, it's not flammable, which is also good for rigs that are known for kicking up a lot of heat, while also providing a good conductor of electricity.

The latter provides an advantage because all of the components within the finished rig must be grounded.

The motherboard should have the ability to support anywhere from 4 to 8 video cards, this means that they'd have to boast at least 4 PCI-E ports.

Some of the more popular kinds of motherboards out there are based on the chipsets like P45, P43, and P35, including Gigabyte GA-EP35-DS3L, and Asus P5Q Deluxe as examples.

The more inexpensive option to these are often the Z270-based Gigabyte GA-Z270P-D3, which has the potential to power up to 6 GPUs and has a price tag of less than 100 dollars.

The Gigabyte GA-970A-DS3P is a good variation for AMD fans out there, but it can only support 5 video cards in contrast to the previously mentioned model.

When it comes to the processor choice, having a basic Z270-based Intel configuration can be ideal, because it can be put .

Selecting the Athlon X3 445 will make it immediately suitable for AMD-platforms with a 970A chipset too, which can hit roughly $10.

For multicore processors such as the Intel Core i3, i5, i7 CPUs for Z270 chipset platforms, these can be good for mining cryptocurrencies based on the currently used Cryptonight algorithm, which is commonly used for coins like Monero.

When it comes to buying and using RAM, it's more a focus on quantity of quality, as having a productive selection of RAM isn't dependent on when it was made, or its overall retail price.

How to Get Established as a Cryptocurrency Miner

For a mining rig, you'll need at least 4GB. And the most common type in use is the DDR3, which is also cheap, with .

What are realistic returns for cfd traders

each one standing at around $5 per gigabyte.

While it is a matter of quantity, it's important to bear in mind that the motherboard .

is able to support it, as there are newer model motherboards out there that don't support older DDR3 RAM.

Bitcoin and other virtual currency-related investments may 7 2020

When it comes to the storage device, whichever you go on to pick, it won't have any kind of bearing on the underlying hashing power of your finished mining rig. The system simply uses it to occasionally record its logs. This means that any hard drive with a memory capacity of roughly 50GB will be plenty.

How To Build The Cheapest Mining Rig Possible!

Buying a Solid State Drive (SSD) isn't really as fully justifiable as a good old HDD, which will be able to do the job just as well, and at a fraction of the cost (10 to 15 dollars) on a second-hand market.

Now, this unit has to carry an 80 plus certification, which means that it can kick out a far higher rate of efficiency.

Power supplies are usually ranked like this: Plus, Plus Bronze, Plus Silver, Plus Gold, and Plus Platinum and their prices depend on the class that you go for.

Bronze and Gold are considered the most optimal for the purpose you have in mind.

A cryptocurrency mining rig build for beginners and beyond

Power supplies such as Aerocool KCAS are also in high demand on the mining market, and their prices generally range at around $45 for 600 watts.

Graphics Processing Units, of GPUs are the single most important component within a cryptocurrency mining rig.

And where they are important, it's also important to understand that while both Nvidia and AMD have their advantages, they also have their own limitations and shortcomings.

The main differences between the two generally boil down to mining efficiency in terms of both hash rate and power consumption, which can also depend on the algorithm of the minted coin you'll inevitably target.

In contrast, AMD GPUs are far harder to resell after a while, and they are generally less popular with gamers.

The entire graphics cards market has been a proverbial arms race for some time, meaning that anyone looking to make a more inexpensive gaming rig will be better suited to side-stepping the more ‘new' cards out there.

Nvidia GTX series of cards offers a number of good results when it comes to mining Equihash coins such as ZCash and Bitcoin Private.

For the likes of Ethereum and other cryptos which are based on the Ethash algorithm, you'd do better with cards like the RX580, which can turn over .

Some of the most popular graphics chips currently used in rigs are:

Among the AMD products