Earlier in the week, we got the Markit manufacturing PMI which disappointed.

Can we expect further disappointment? What does it mean for currencies that the PMI in Canada is barely in expansion territory while the US’ roars ahead?

Furthermore, we have Canadian employment figures coming in a day later. So this is shaping up to be an important week for CAD traders.

We can expect the Ivey PMI at 16:00 CET (or 10:00 EST.) It’s the only major economic data on tap for the day, so that’s when we could expect the largest concentration of volatility.

The latest survey of economists shows a small consensus that Ivey PMI will significantly outperform its Markit counterpart, and jump to 57.3. 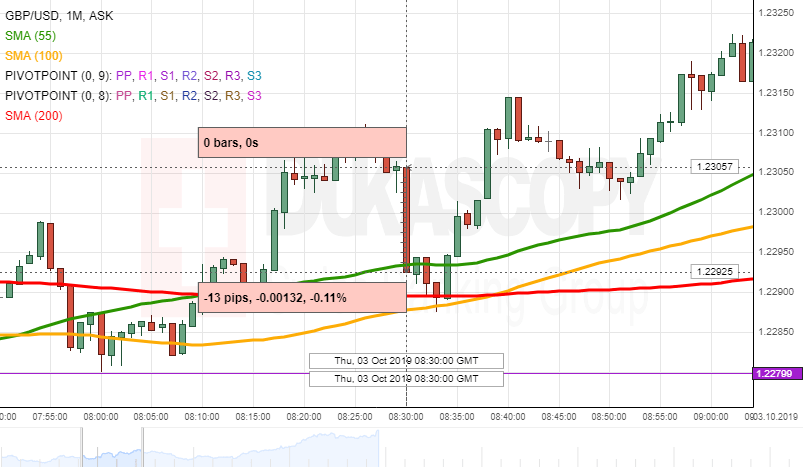 This is well ahead of the 50.6 registered prior. However, there is still a substantial amount of analysts expecting less of a jump, but still an improvement to 51.1.

So, Why the Discrepancy?

The Markit number released on Monday only counts the manufacturing sector (hence the name).

Meanwhile, the Ivey number covers all purchasing, including services. The differential between the two numbers helps to understand the driver of economic growth.

If, for example, manufacturing (a substantial part of which is export-dependent to the US) slows and services increase, that would signal a reliance on domestic rather than international drivers.

We can see this reflected in the Markit number.

New export orders dropped to the weakest since February 2015, weighing on factory expansion. The cause?

Higher raw material costs. This is especially due to increased iron ore prices as we’ve been discussing previously. And with cyclone Veronica forcing BHP to cut iron ore output, and Vale still dealing with its production issues, the situation is likely to remain at least in the short term.

Manufacturing PMI has been on the decline since the middle of last year, while the Ivey version has been slipping since the end of the year.

This has been driven by lower inventory purchases and, what’s key for later in the week, hiring. The unemployment rate is expected to remain stable at 5.8%.

However, forecasts are for job creation to slip to just 45.6K from 55.9K in the prior month.

We should point out, though, that analysts have been overly optimistic about the Ivey PMI survey twice in a row now.

And a miss from expectations is likely to put pressure on the CAD.

It would be even worse if the survey slips into contraction territory. That being said, none of the economists surveyed have projected that to happen.

The conclusion among the managers surveyed for Monday’s release was that customers were delaying purchases on concerns over the global economic outlook.

A repeat of that sentiment could further depress the outlook for the markets and also weigh on the CAD. But, of course, after the disappointing manufacturing number, it increases the possibility of a strong relief rally if the data comes in positive.

The USDCAD has a tendency to jump around 50 pips in either direction, depending on a beat or miss.